"The traditional owners of this land, the Yorta Yorta people, invite you to join them for an Aboriginal-themed dinner held within the magnificient heritage-listed Barmah National Park hosted at the Dharnya Centre. Referred to as the "University of the Bush" by the Yorta Yorta people, the Centre is situated amongst the world's largest stands of river red gums.

Experience a Welcome to Country and enjoy storytelling and conversation with local Yorta Yorta elders whilst enjoying pre-dinner drinks and nibbles. Then be seated for three courses combining traditional and contemporary tastes, served with local award-winning wines from Monichino.
During the event you will gain an insight into the traditional customs of the Yorta Yorta through dance, language, art, music and cuisine." 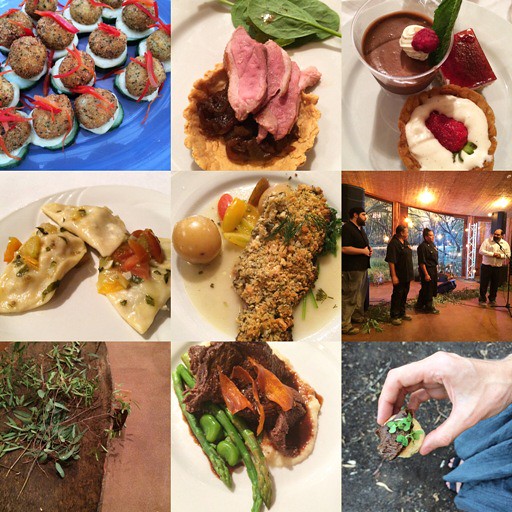 What an invitation! It sounded right up our alley so Bel and I headed up there via Cactus Country (another future post) and stayed in a yurt (also a future post).

I would like to take this moment to acknowledge the Yorta Yorta people, the traditional custodians of the land I visited. I would also like to pay respect to the elders past and present of the Yorta Yorta nation and extend that respect to other Aboriginal people present. Thank you for caring for the land and the animals. An extra thank you to those who were part of the Yarringa Woka Yenbena Djitga (Sun Country Aboriginal Feast) for sharing your culture, stories, knowledge and wisdom with us. 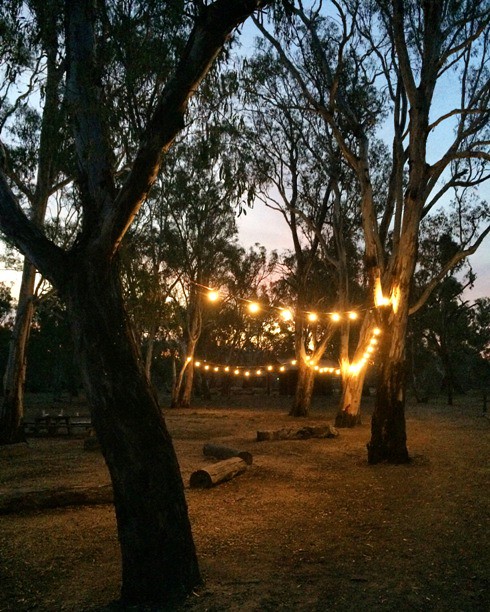 It was such a special evening beginning with some drinks, nibbles and chatting whilst watching the beautiful Murray sunset amongst the River Red Gums in Barmah National Park.


As the night descended, we were welcomed to the evening and invited to watch a didgeridoo and dance. The gentleman playing the didgeridoo would continue on as one part of the duo playing covers throughout the night. He performed with his adorable nephews who began with clapping sticks to the beat before transforming to native animals in their dance. 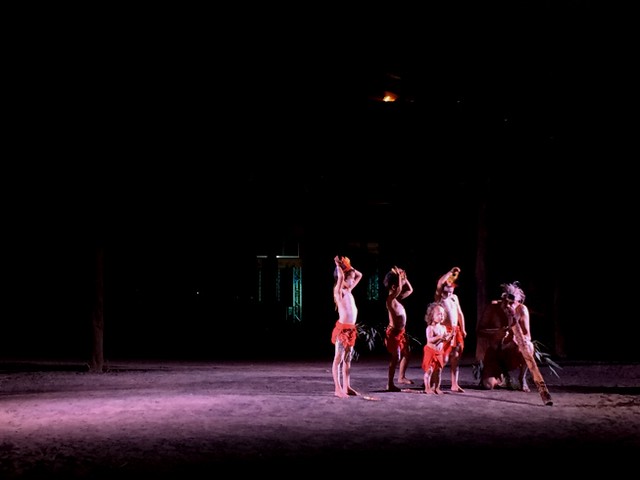 As the dance and didgeridoo ceremony came to an end, we were invited inside the Dharnya Centre - a beautiful space that I wish I had taken more photos of! The poles were smoothed slightly but still resembled original tree trunks.

A Welcome to Country by a Yorta Yorta elder - casual and relaxed; not like the formal ones we have become accustomed to which was really nice :)

On our table were my beautiful friends Tess and Bel, as well as a lovely couple from Newstead - Robyn and Michael. It was great night of conversation around earth building, growing, learning and life.

Followed by the story of the Dharnya Centre from some Yorta Yorta elders including the first person who was employed at the centre in 1985 with just a table and a phone as well as an Aunty who is also involved with Parks Vic for the local area. She shared the amazing rich history of the area, in particular the Centre. How her elders had specifically chosen this spot for the Centre and in its peak times, ran camps for their people, school camps as well as disadvantaged youth; witnessing the magic of the bush as life changing experiences for these people. Unfortunately the surrounding facilities have closed as there hasn't been funding. They hope that in the near future, the Dharnya Centre can return to what it was originally intended as - "a place to learn and share".

The food they were serving from their outdoor temporary kitchen set-up was delicious. Also to breathe in the cool fresh bush air and stargaze. Meanwhile also learning about Kelie and the upcoming Koori Arts and Crafts Market (March, 26) and having a lovely chat to the Aunty to thank her for sharing the story of the Centre.

With tea, coffee, thank yous and farewells, it was a beautiful night to remember which truly lived up to its purpose - Dharnya Centre - a place to learn and share! 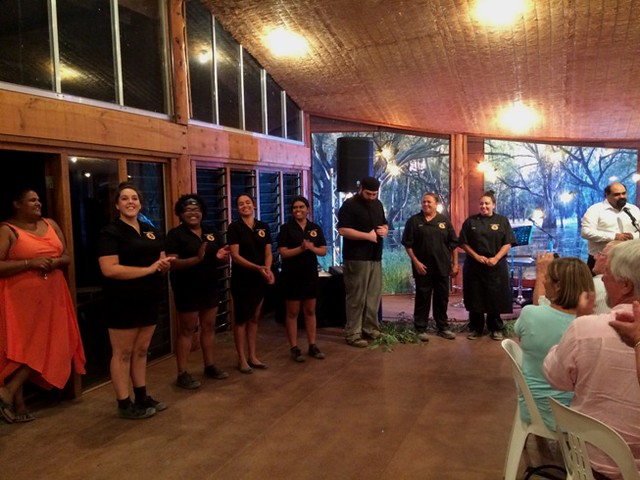